The real estate market in Warsaw is growing very dynamically. New apartments are created at an unprecedented pace. In 2018, over 16,000 apartments in Warsaw were opened. Increasing wages mean that more and more people buy real estate not only for their own use, but also as investments.

More apartments, but a smaller area 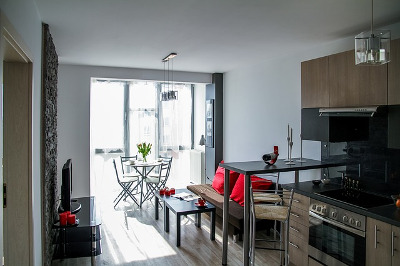 In 2018, 32.7% more apartments were delivered for use in Warsaw than in the previous year, and it seems that this trend will continue.

It is worth mentioning here that also average earnings in Warsaw are rising, which currently amount to 6725 PLN per month.

Prices of apartments in Warsaw

At the end of 2018, an average price of 8.5 thousand PLN was paid per square meter for an apartment in Warsaw. Prices have soared in recent months, due to the relatively low cost of loans, high demand and an increase in the number of investments. This was the reason for the very dynamic development of the Warsaw real estate market. Such high prices, however, could not last forever.

Already in December 2018, the first declines in property prices were noted. Analysts are not in agreement as to whether the downward trend will continue. They believe, however, that there is no reason to expect high price drops, but they do foresee a slowdown in price growth and market stabilization.

The influence of the location on the price 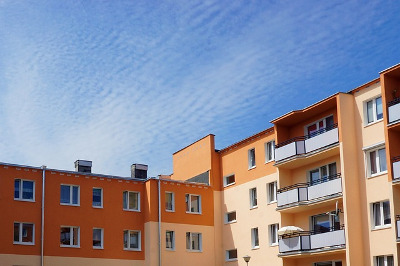 The location has a major impact on the prices of apartments in Warsaw. Data collected by real estate agencies show that the discrepancy may reach several thousand PLN per square meter.

Of course, the most expensive is in the city center. In 2018, the average price of an apartment in Śródmieście exceeded 11,300 PLN per square meter. Such high prices result from the growing supply of high-class housing and apartments, which are common in the city center. In contrast to the majority of large European cities, people still want to live in the very center of Warsaw, so supply follow demand and result in price increases.

Outside the center, the highest prices are in districts associated with prestige and a high standard of living – Wilanów, Mokotów and Ochota, as well as in Wola. Here, a square meter costs from 9 to 9,5 thousand PLN.

On the other side of the ranking there are districts on the right bank of the Warta River. The price per square meter ranks between PLN 7,300 in Włochy and PLN 6,400 in Rembertów. This last district is the cheapest in the entire Warsaw real estate market.

Analysts and real estate agencies from Warsaw also pay attention to the price difference between the primary and secondary market. The prices of new apartments can be higher by over 1000 PLN per square meter. The record belongs to Praga Północ, where the average price of a new flat in 2018 was 10,000 PLN per square meter, that is by as much as 1590 PLN more than on the secondary market.

However, this price ratio is not universal for all districts. In Wilanów, for example, developers’ proposals are cheaper than those on the secondary market by an average of 1044 PLN per square meter.

Generally, however, the average prices of new apartments exceed those from the secondary market in as many as 11 districts of Warsaw.

The Warsaw real estate market is still developing very dynamically. The increase in wages and low costs of loans encourage the purchase of apartments. Many people are willing to buy real estate to rent and for resale.

However, navigating the meanders of the Warsaw housing market is not easy. Various conditions affecting prices mean that for a layman their correct valuation can be extremely difficult or even impossible. Here real estate agents from Warsaw have their role, they are perfectly orientated in local conditions, demand and possibilities.

A good real estate broker will help not only in an adequate valuation, but also in completing all formalities related to the transaction. Thanks to this, the purchase of a flat in Warsaw will become much simpler and the negotiations will be favorable for the buyer.